The Evolution Of Martha Stewart Into Home Meal Delivery Services 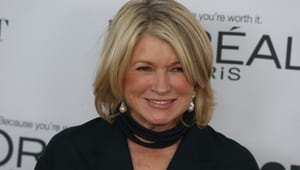 The year is 1960. A young Barnard college student starts fashion modeling for Chanel in order to pay her college dues but it didn’t last long after her graduation. She got married the next year and were still in the process of discovering the right career move for herself. Finding no other avenue, she took up a job as a stockbroker; something her father in law did for a living. She soon found out that too wasn’t her vocation. Knowing that she had to keep trying, she started a small-scale catering business in the basement of her house after partnering with an old friend. In the beginning, the business was a massive hit but soon because of differences in opinions among other factors, it had to be sold and the shares split.

You would expect a normal person to give up or at least take a break at this time, after failing at multiple endeavors, but Marth Stewart was no normal person. She took on a job as the manager of a gourmet food store next, only to get fired because of disagreements with the owner. You might find it hard to believe but this wasn’t her breaking point either; she went on to open a food store of her own. Fortunately for her cause, her husband, who was now the owner of a famous publishing house, released a book that ended up on The New York Times Best Seller List. He asked her to cater for the launch party of the said book and this is where she met Alan Mirken, head of Crown Publishing Group at the time. Mirken was so impressed with her culinary and managerial abilities that he asked her to develop a cookbook for him that would contain recipes and pictures.

This is how she ended up releasing her first book, “Entertaining” which was a huge success across the country (and the world). She soon began writing books and newspaper columns by the dozens and also made guest appearances on shows like The Oprah Winfrey Show and Larry King Live. It was all uphill for her from there on and the girl who once didn’t even know what career she should take on, today ranks as one of the best chefs and television personalities in the U.S. Yes indeed, we are talking about Martha Stewart.

If there is one thing you might have concluded after reading the above passage, it would be that Martha Stewart is always looking for something more. She can never get up in the morning and tell herself, “I think I have done enough with my life. Now is the time to sit back and relax.” She wants to contribute to the community as much as possible and can never stop doing it. After gaining success across multiple business ventures, after authoring several bestselling books, after concocting some of the most decadent and sophisticated recipes known to man and after hosting two blockbuster television shows, she decided to launch a meal delivery service.

She spent a majority of her life trying to perfect many aspects of the culinary world, and now she wanted to give food lovers the luxury of making her meals, her way and by using ingredients portioned to perfection, by her. It goes by the name Marth & Marley Spoon and offers some exciting features. In the following passages, we will explain specifically how the service is one of the best meal delivery services in the market right now.

Meal prep can be a hassle for many people including working women, single mothers, and couples. With Martha &  Marley Spoon, you can become a meal planner by using the user-friendly website and smartphone applications within no time. The best part about the service is that you get to choose between different recipes that fall across multiple categories. It doesn’t matter whether you want to eat meat or can’t swallow anything that isn’t made up of vegetables; you can’t find the perfect meal for yourself on the website.

Plan for weeks ahead

Planning home delivery meals for 1, 2 or 3 weeks ahead is a possibility using Martha Stewart’s meal delivery service. If you are someone who wants to have the peace of mind that comes from knowing that you have your complete meal plans laid out for several weeks to come, then this food delivery service can work wonders for you. It’s also a great choice if you’re planning on entertaining or if you have a family.

Concocted by Martha herself

The greatest trait of Marley Spoon, Martha Stewart’s food delivery service is that it only provides recipes that have been concocted to perfection by the greatest chef of U.S herself. Her archives contain more than 1800 recipes and every week the platform comes up with a unique selection of recipes for her customers to choose from. The recipes to these meals are easy to follow and most of them can be readied in under 30 minutes. Imagine getting to eat succulent meals without having to go to a fancy restaurant and paying top dollars; this is now a possibility!

Easy regardless of cooking experience

Marley spoon’s recipes contain 6 steps that should be easy to follow for everyone and anyone, regardless of cooking experience. All the ingredients are portioned before being sent in an insulated, recyclable box to the customer. All you need to have in order to make healthy, succulent meals any day of the week is access to the kitchen, some oil, and some salt.

The start of the journey might have been bumpy for Martha Stewart but once she found the way to the boulevard of success, she never let herself wander away from it. From hosting TV shows to authoring best sellers to making countless TV appearances to publishing monthly magazines to having her own meal delivery service that serves hundreds of thousands of people, she has really set the bar high for a successful, ambitious life. While there are plenty of meal prep delivery services available in the market at the moment, none are as good as Martha Stewart’s Martha & Marley Spoon. When it comes to authenticity, versatility, and taste, there are no parallels.

Dave Conti grew up in the food industry. His family owned an Italian restaurant that Dave grew up in. From waiting tables to peeling potatoes and eventually running the kitchen as head chef, Dave learnt the ropes of the food business inside out. Dave joins the Top 5 Meal Delivery Services and gives valuable information where food and meal delivery services are concerned.

*The information in this article is not intended to be a substitute for professional medical or nutritional advice. You are advised to consult your physician, nutrition or other qualified health provider before consuming any meal or beginning any dietary program.. The information is not intended to be relied upon for medical treatment, recommended diet or diagnosis. Reliance upon any opinion or advice provided is at your own risk

Join the discussion by writing a question or comment in the form below.

Join the discussion by writing a question or comment in the form below.

This website is an informative comparison site that aims to offer its users find helpful information regarding the products and offers that will be suitable for their needs. We are able to maintain a free, high-quality service by receiving advertising fees from the brands and service providers we review on this website. These advertising fees, combined with our criteria and methodology, such as the conversion rates, our team of reviewer's finding and subjective experience and product popularity, impact the placement and position of the brands within the comparison table. In the event rating or scoring are assigned by us, they are based on the position in the comparison table. See our How we Rate page and Terms of Use for information. The reviews, rating and scoring are provided “as-is” without guaranties or warranties regarding the information contained in our website, which shall not be considered as endorsement. We make the best efforts to keep the information up-to-date, however, an offer’s terms might change at any time. We do not compare or include all service providers, brands and offers available in the market.

Our goal is to provide answers to all of your questions so you can make a confident purchasing decision. We welcome your feedback, so please email us at service@top5networks.com with suggestions and questions. We’d love to hear from you!